The Dragon Lady is a special airplane, and serial number 68-10329 is particularly special. It was the prototype U-2R, and made its first flight on 28th August 1967.

Compared with the original U-2s, the U-2R was enlarged and upgraded; it offered longer endurance thanks to more fuel that was all contained with the 100 foot span wings; and there was room for new sensors.

The reinvention of the Dragon Lady came about when the CIA realised that, despite the advent of reconnaissance satellites and the mighty SR-71 Blackbird, there was still a role for a flexible, cost-effective high-flying platform. The USAF agreed.

But only 12 of them were built in 1967-68. It was another 10 years before the USAF decided that it wanted more – another 35 in fact. NASA took two more to replace its U-2Cs (the last of the original models that were still flying). 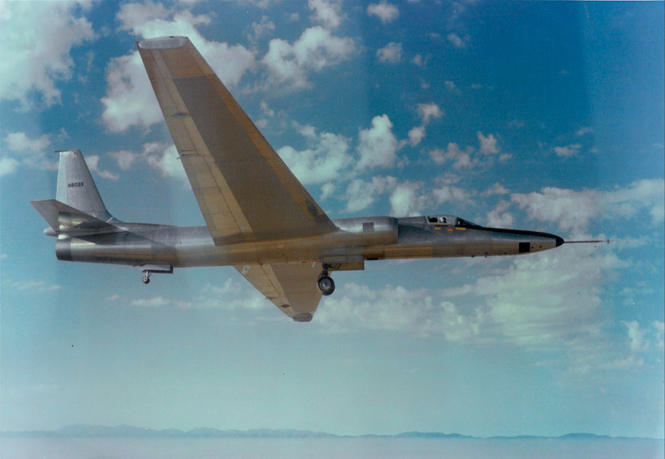 329 did most of the U-2R test flights in 1967-68. But since the CIA led the U-2R development, it carried the ‘civilian’ registration N803X (photo, left). The flights were made from North Base, an isolated part of Edwards AFB where the CIA kept a small fleet of U-2s ready for possible covert deployments worldwide. The CIA took six of the new jets, the USAF took the other six. In CIA service, 329 was known as Article 051.

It wasn’t long before 051 was deployed to Taiwan, where the CIA was in partnership with the Republic of China Air Force (ROCAF) for airborne reconnaissance of mainland China. The flights no longer penetrated Chinese airspace, after five of the original U-2s were shot down earlier in the partnership. But although the ROCAF pilots of The Black Cat Squadron took care to remain offshore and in international airspace, they were still threatened. For instance, on 12 October 1972 and again on 24 February 1973, Captain Chiu Sung Chou was flying 051 when he had to take evasive action because his warning system detected SA-2 missiles being readied to fire at him from shore bases. North Korean MiG-21s also attempted to intercept the February flight.

The operation on Taiwan ended in 1974, as the CIA ended Project Idealist and turned its U-2Rs over to the USAF. 329 re-assumed its military identity, returning to the Skunk Works at Palmdale for more duty as a flight test bird. In 1981, it was reassigned to the 9th Reconnaissance Wing at Beale AFB. Since then, it has served alongside the rest of the fleet, and made various deployments. It was re-engined with the GE F118 in 1995, thus becoming a U-2S. 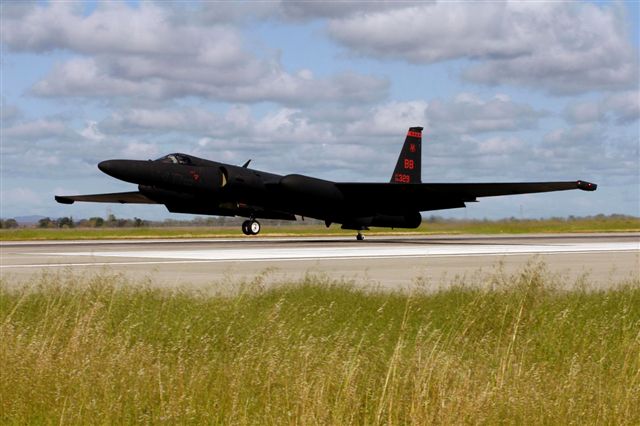 The photo (right) shows 329 making a textbook tailwheel-first landing at Beale AFB in 2006. In 2018, the 9th Wing made a short video about the aircraft, which had acquired the nickname Sweet Pea for a while.

Not surprisingly, 329 is the high-time Dragon Lady. It passed 30,000 flying hours in 2016, while assigned to the 5th RS in Korea, also known as The Black Cats. It is currently assigned to the 99th ERS at Fairford in the UK, and is approaching 31,500 hours.

There are two external features that have distinguished 329 and the other 11 airframes built in 1967-68, from the later production aircraft. The first was the folding wingtips, that are no longer apparent. They were required by the CIA, because it wanted to retain the option of operating from aircraft carriers. The larger wingspan of the U-2R meant that it would not fit on the carriers’ elevators, without the fold. The photo below of a ROCAF U-2R at Taoyuan airbase shows the wingtip in the folded position. The serial number on the tail is “3925”, possibly indicating that this is 329. 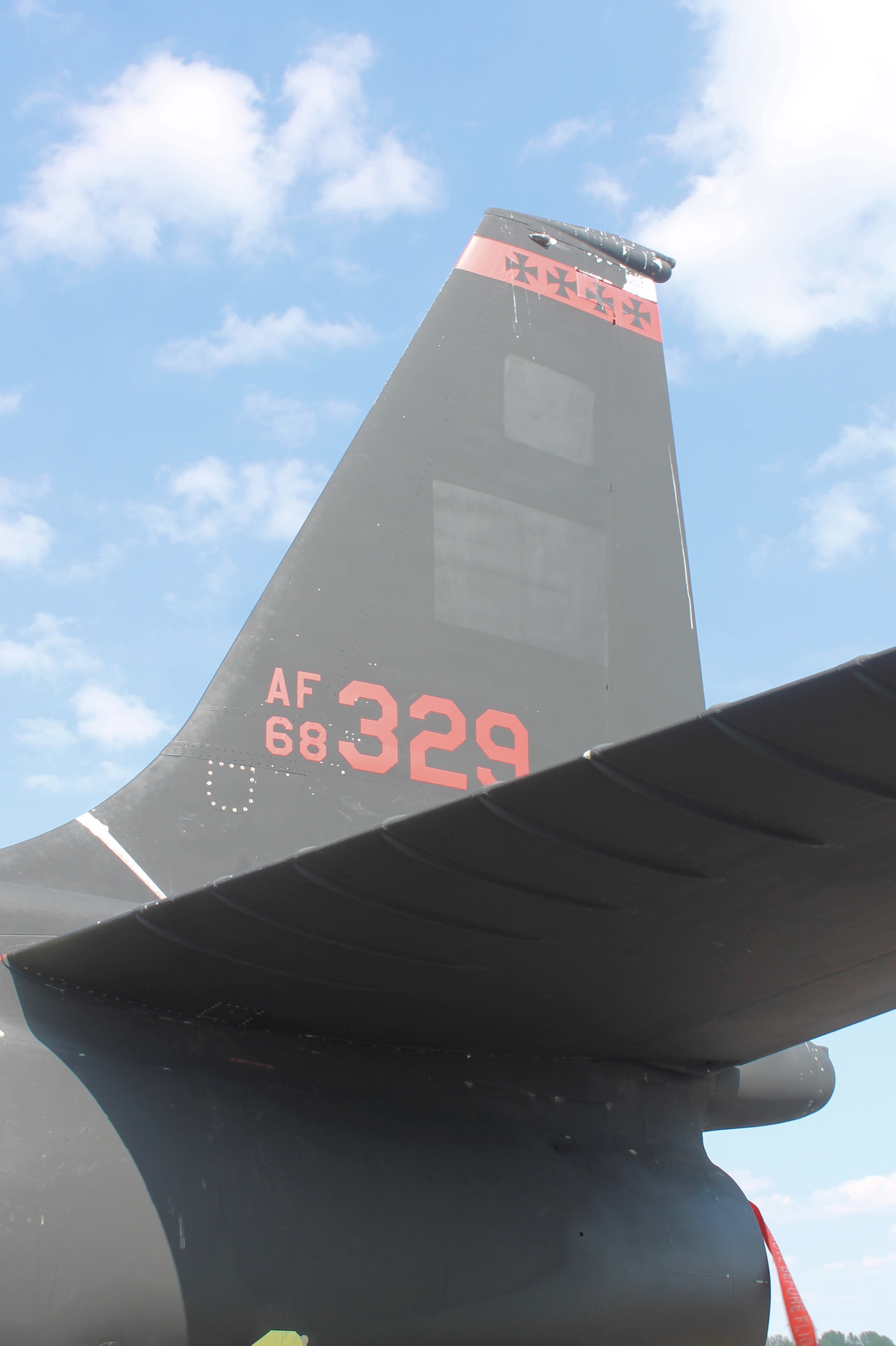 Today, the only visible difference between the U-2R and the TR-1 is at the horizontal tail. During U-2R operations, it was discovered that sonic vibrations from the engine were causing fatigue stress in the internal ribbing, because of the way these were spaced. The fix was to add stiffeners which showed up externally on the stabiliser (photo, right). On the later production jets, this addition wasn’t necessary, since the spacing of the internal ribs was adjusted to offset the resonance.

The photo of 329 in full mission configuration at the top of this post is also on the cover of my book DRAGON LADY TODAY. I believe that this is the only inflight photo of a U-2 that has been taken from another U-2. The photo below was taken recently, during the jet’s current deployment to Fairford. 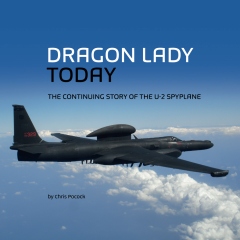